Besides just iPhones, iPhone Repairs Melbourne CBD also has a team that specialises in iPad repairs.

Due to our efficient business model, we are able to focus on purchasing the highest quality parts for all of our iPad repairs.

Bring in a 3rd generation iPad or an iPad mini; either way, our highly trained technicians will be able to provide on-time solutions. All of our iPad-related repairs come with a 3 month warranty period.

Choose your iPad model on the left to match the type of repair and price you need!

The difficulty of Apple’s new iPad repairs has been put to the test by iFixit.

iFixit is an online community that connects users and experts of tech products. In order to find out how best to repair new products on the market, iFixit take apart new gadgets.

Upon taking apart each new model of Apple’s iPad, iFixit have found that iPad repairs are difficult in comparison to other products. 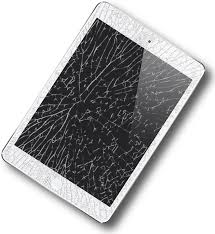 Apple’s 2015 release of the iPad Mini 4 has shown that the new iPad repairs are going to be just as difficult as the earlier model, iPad Air 2.

iFixit also notes that while the battery is small, it isn’t fused to the system board. This makes iPad repairs slightly easier, as it makes the iPad a little easier to take apart.

This seems to be the only improvement in Apple’s iPad in terms of fixability, however, with iFixit rating it only a 2/10 reparability score. This marks the iPad Mini 4 down the same as the most recent iPad Air. 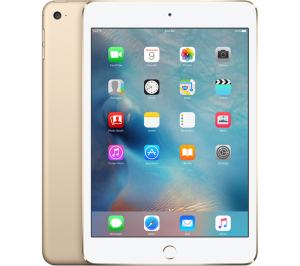 Reviews are mixed for the new iPad Mini 4.

Reviews also noted that the price of the iPad Mini 4 is far above that of their competitors products. Considering this, as well as the difficulty of its repair, the iPad Mini 4 may not be the best purchase.

To read more on the Apple iPad Mini 4, click here.

2015 saw the release of Apple’s latest version of the iPad dynasty: the iPad Mini 4.

Reviews were mainly positive, with the iPad Mini 4 hitting the lists of the top tablets of 2015.

Reports show it was one of the most sold tablets in the 2015 market.

New Features of the iPad Mini 4 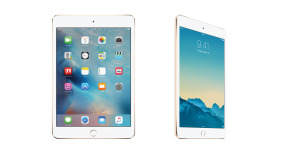 New features of the iPad Mini includes a sleeker design.

It’s been reported to be less capable in terms of processing than both the iPad Air 2 and then iPad Pro. But with its small size considered, it has been shown to perform well.

The new Apple iPad mini 4 can also run split screen applications, an improvement on previous models. The smaller model is light and easy to carry, making it ideal for travelling.

In terms of reparability, however, the iPad Mini 4 was shown to be very difficult to repair.

iFixit reports that the Apple iPad Repair remains one of the toughest on the market. 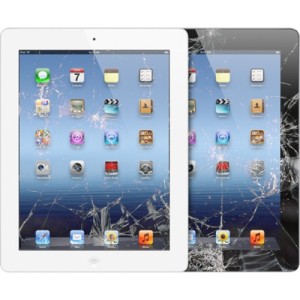 The reparability rate of the Apple iPad remains low at 2/10.

With every new product release, iFixit has found that the Apple iPad Repair continues to be as difficult as previous models.

Negative Reviews of the iPad Mini 4

Some reviews comment on the price as being too expensive. In particular, the iPad mini 4 is a lot more expensive than other tablets its size that are available.

Also, some reviews mark the smaller screen down as a drawback, rather than a plus.

Due to its high price, some reviewers suggest that the iPad Air may be the better Apple iPad purchase, due to its larger size.

Where a smaller screen size may be a benefit to some, it could be a drawback for others.

Some users are not likely to need or want a smaller screen size, due to the prevalence of smartphones. Smartphone screens seem to get bigger every year, perhaps rendering the iPad Mini obsolete.

Also, the continuous difficulty of the Apple iPad repair may be a concern to some. It may be that there are better – and cheaper – tablet products on the market.

With every new technological product released, iFixit take the product and evaluate how easy it will be to repair.

Their findings on 2015’s iPad Mini 4 are particularly interesting.

iFixit have found that a major problem with Apple’s iPad products is the lack of ease that comes with any iPad repair.

They report that despite improvements made in terms of processing, retina display, and external design, it remains difficult to perform any iPad repair.

This extends to all previous and current models, including the new iPad Mini 4. 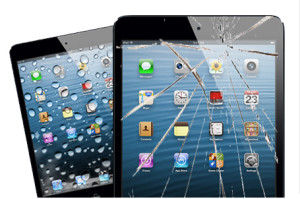 iFixit also notes that while the battery is small, it isn’t fused to the system board. This makes the iPad repair slightly easier, as it makes the iPad a little easier to take apart.

Despite this, iFixit rated the iPad mini 4 relatively low in reparability, at a mere two out of ten.

A lot of the ways in which the iPad is designed seems to increase the difficulty and cost of iPad repair. Excessive amounts of adhesive can make singular parts of the iPad hard to repair. Also, the fused display feature means that repairers are more likely to damage the Touch ID sensor when they have to open the iPad to repair it. This will increase repairs needed and incur the user further cost.

Due to the difficulty of iPad repair, costs will be high to repair iPads. Users are recommended to be careful when using their product so as to minimize repair costs.

To read more on the new iPad Mini 4, read our full reviews here and here.